Reach for the sky — and beyond — in Ascent: Infinite Realm, a far-reaching, steampunk-inspired free-to-play MMORPG from Kakao Games and Bluehole Studio. Take to the skies in your own custom airship, and battle on the ground and in the air in epic PvE and PvP/RvR action. Accessorize your airship to suit your play style and dominate the skies! On the ground, you’ll have one of several classes to choose from, as well as your own estate to manage and grow. Join a community of like-minded landowners and set up your base to your liking to serve as your launchpad for exploring a magical world. Whether on the ground or in the sky, on foot, in an airship, or piloting a ‘mech, Ascent: Infinite Realm offers worlds of possibility for adventurers! 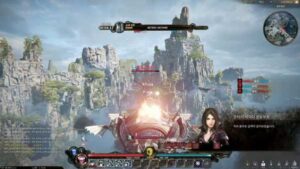 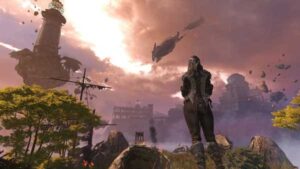 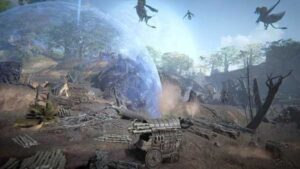 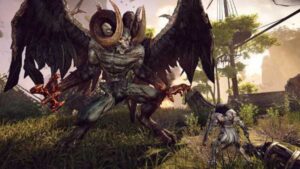