In The Climb 2, you return to the first three areas (Alps, Bay, Canyon), which feel very much like rejiggered versions from the first game, but then you’re offered two entirely new areas: City, a very Mirror’s Edge-looking assortment of contemporary buildings and skyscrapers, and North, basically rural Iceland, replete with polar bears and puffins.
Level design shines in The Climb 2, giving you a host of options to amble up each of the game’s separate mountain formations. Harder and easier routes present themselves along the way, so you can climb however you feel most comfortable. Far jumps with crumbling handholds make for great shortcuts, but also pretty obvious deathtraps. You can choose to venture through even more annoying handholds, like the ones you have to dust off first, or the ones with spikes that sap your virtual stamina. Things like unsafe ladders and loose monkey bars are everywhere, so you have to choose wisely. 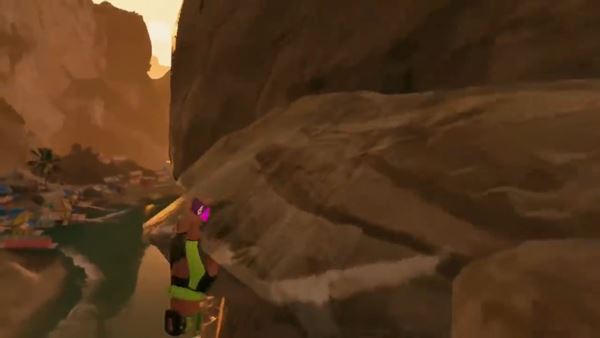 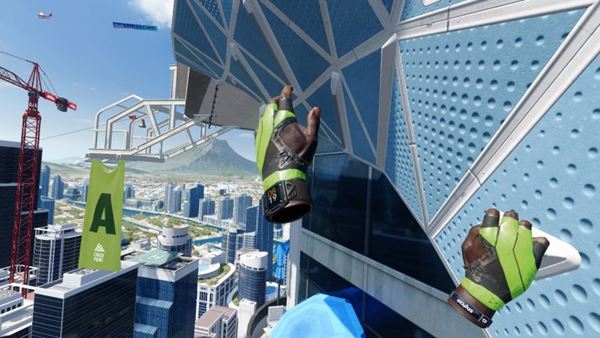